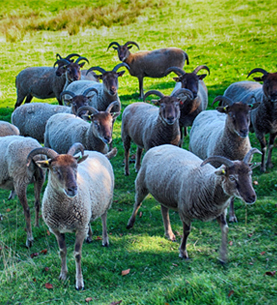 Foxbank Farm is first and foremost a family home and over the last thirty years has accommodated three generations of the Stanley family.

The present team is made up of six highly enthusiastic (providing the sun is shining!) members. Driving the operation forward are James and Karen, supported by a dynamic bunch of unpaid helpers, namely their children Jonathan, Keane, Eli and Lottie. 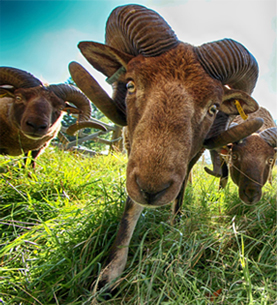 Running a farm depends on teamwork and the children love the fact that their contribution counts, be it helping to move the sheep, carrying out winter feed or helping out during lambing. It can be tough work during the cold winter months, but when you sit in the lambing shed surrounded by the next generation of Castlemilk lambs it all seems totally worthwhile.

Foxbank Farm itself has been around for a long time, pre-dating any recorded existence of the Castlemilk Moorit Breed. It was originally built by a local Sutton man, John Boothby,  whose recorded profession was as a cheese factor. 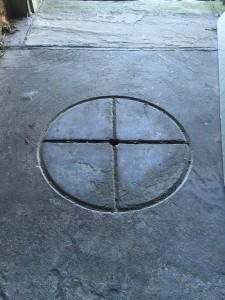 He was recorded as renting various properties in the Sutton area until 1790 at which point he set about building Foxbank Farm. He had acquired various parcels of land and combined them into a single block on which he built the property that exists today. The farm was built to accommodate his dairy and the land around it was used to graze his livestock. John Boothby and his family continued to live at Foxbank for over half a century and the building still shows tell-tale signs of their time in residence.

The oldest barn is split between a large open central space ideally suited for storing winter feed and housing animals, and a separate section of smaller rooms that on closer inspection reveal their original use; a dairy. Set into the floor of one of these rooms is a cheese stone. A remarkable window back in time to when John and his family made cheese and pressed water out from it on this very stone.

We are currently accepting orders for our exceptional and rarely available Castlemilk Moorit Mutton and Hogget.

We have a limited availability of mature animals at the optimum growth point ready for our discerning gastronomes!

Animals are ethically dispatched, hung, jointed and boxed ready for collection from our abettoir/butchery, Redferns of Buxton.

Don't miss out on this opportunity to stock your freezer ready for the autumnal chill. Winter Is Coming !!